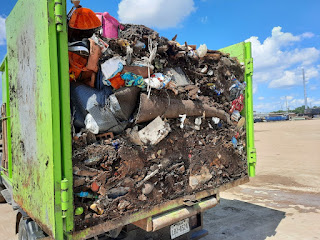 Trash is a global issue that is not often brought up as something to fix. If more people were educated on the amount of trash and build up there is around the world, maybe more can be done to control it. After some searching around, we some facts about trash that might make it a more thoughtful subject.

Americans generate almost half of the world's total waste and that says a lot considering Americans only make up 5% of the world's population! According to Drew Brucker at Rubicon.com, that averages about 4 pounds of trash per day and up to 56 tons per year! Holy trash, that's a lot for one country! It gets worse when we think about the trash around the world that can fill the New Orleans Superdome over 1,500 times, more specifically, the hazardous waste generated.

When we think about growing a family, we don't generally consider the growing diaper waste that affects the landfills. Potty training can total about "18 billion disposable diapers a year, 49 million per day and 570 per second." It costs $350 billion annually for diaper disposal. That's a lot of families growing!

Now let's consider a little food waste that shows to be too much wasted food. Around the world, if just one fourth of the food wasted was saved, it could feed about 870 million people. Americans alone throw out about  43,000 tons of food daily and 1,200 pound of that is organic matter that could be repurposed compost. There's too many hungry people for this much to go to waste.

We need to do better globally on what is considered waste and trash. Maybe start focusing on more repurposed products and recycling. Costs alone could go down around the world with recycling and repurposing waste and lives could be saved with passing around food to those who need it instead of just trashing it. For more facts on trash, you can visit our source: https://www.rubicon.com/blog/trash-reason-statistics-facts/

PLASTIC! Plastics are a wide range of synthetic or semi-synthetic organic compounds that are malleable to create different shapes without cracking, because the materials needed to create plastic do not exist in nature and there are no naturally occurring organisms that can break them down effectively products made with this material can take several years to decompose. It can take up to 1,000 years for plastic to decompose in landfills. For example reusable bags are made with a lot of oil and natural gas (non-renewable natural resources) which is not recyclable this type of bag is utilized daily by many of us worldwide and can take anywhere from 10 to 1,000 years to decompose. Reusing these bags saves on our non-renewable natural resources, studies show that plastic bottles can take up to 450 years or more.  Only 23% of plastic is recycled in the United States annually and approximately 8 million pieces of plastic pollution finds their way into our oceans everyday effecting not onl 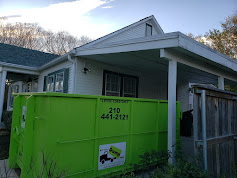 How do I know if I need a dumpster?

We often receive first time renters unsure of what they need to rent, we have options and the education to help size the best bin for your project! Whether your project involves general trash or bulky items such as furniture or appliances or dense debris like concrete, marble, rock or dirt we have the friendly bin just for you! We offer 6,10,14,20 cubic yards all available with doors in the back for easy loading; delivered with our board system and removed after we do our post job sweeping! No one takes care of you like the Bin There Dump That team will! Our 6 Cubic yard is 9’long, 6’wide and 3’high this bin is perfect for a small home clean out or dense debris such as brick, rock, marble, dirt and concrete. If you have a small room that is being renovated this may be an option for you as well, it holds up to 3 truckloads of debris. Be careful with bulky items, they can take up a lot of space. Our 10 cubic yard is 9’long, 7’wide, and 4’ high this bin comfortably holds 4 truckload